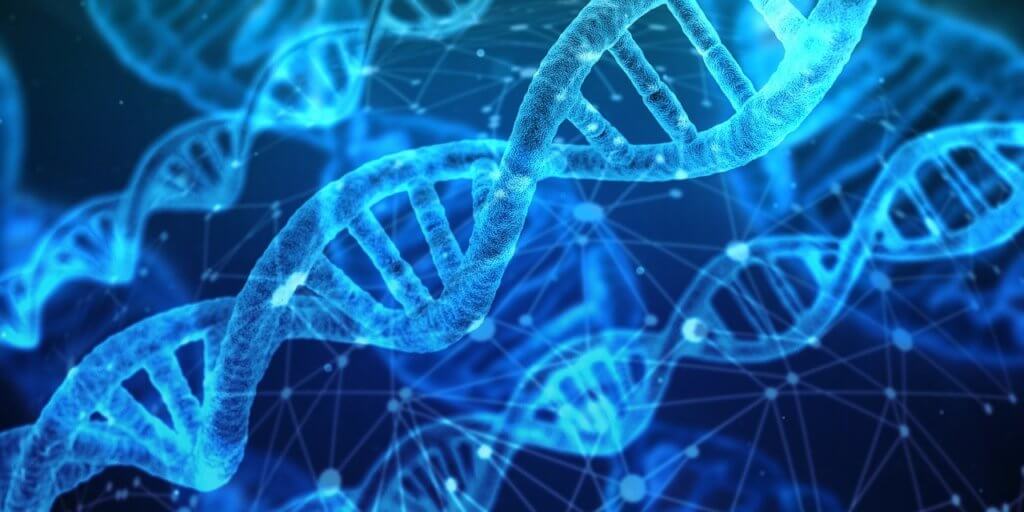 Proving that a defendant’s actions caused or contributed to the plaintiff’s injuries is an essential component of any medical negligence claim. In claims surrounding birth injuries, this often means proving that the defendant physician’s or nurse’s actions (or inactions) lead to oxygen deprivation around the time of birth, which resulted in a hypoxic-ischemic brain injury and its resultant consequences for the plaintiff.

While it has long been known that oxygen deprivation around the time of birth can cause cerebral palsy, it has long been argued that only a minority of cases of cerebral palsy are due to hypoxic injuries at or around the time of birth. Rather, the defence argues, the injury must have occurred much earlier in the pregnancy and that earlier delivery during labour would not have prevented the injury. More recently, as the science of genetics has advanced, it is sometimes suggested that the cause of the child’s problems may be due to genetic abnormalities rather than any difficulties encountered during labour. In this article, we examine the current medical understanding of the role of genetics in neurodevelopmental disorders, and how Canadian courts have approached the defence of genetic predisposition in birth injury claims.

Our Current Understanding of Neurodevelopmental Disorders

Cerebral palsy (CP) is a term used to describe a group of non-progressive disorders affecting body movement and muscle coordination. The condition affects 1 out of every 500 children in Canada. While prematurity, hypoxia-ischemia, placental insufficiency, and prenatal infection are well-recognized causes of CP, up to one-third of children who develop CP lack these typical risk factors, leading researchers to suspect a genetic component to the disorder.

There are multiple types of genetic alterations that contribute to human genetic variability, many of which are not yet fully understood. Copy number variants (CNVs) are a type of structural variants involving alterations in the number of copies of specific regions of DNA that can be either duplicated or deleted. The role of CNVs is recognized in the clinical manifestations of a growing list of neurodevelopmental conditions, including attention-deficit hyperactivity disorder (ADHD), autism spectrum disorder, and severe intellectual disability. Similarly, recent studies have suggested that large chromosomal abnormalities may be involved in the development of cerebral palsy.2

Genetic research has the potential to provide a framework for understanding neurobiological pathways that, through genetic mutations, may lead to neurodevelopmental disorders. For ex- ample, recent research on autism spectrum disorder suggests that individually rare genetic mutations collectively are associated with a relatively common disorder. No specific brain region or cell type has been implicated, but genetic risk factors are recognized. The evidence suggests that autism is not a single disease, but a number of etiological distinct conditions with diverse pathophysiological mechanisms that manifest into similar behavioural patterns.3

Similarly, studies have indicated there is no single genetic mutation leading to CP, but hundreds of individual genes that may, in certain circumstances, contribute to a diagnosis of CP. Several genes mapping to intersecting pathways controlling neurodevelopment and neuronal connectivity have been identified, but like other neurodevelopmental disorders, the underlying genetics of CP is likely to be highly complex.4 Indeed, current medical science has not identified a clear underlying genetic cause of CP, evidenced by the fact that routine genetic studies are not yet recommended in the diagnostic assessment of children with CP, especially in children where other risk factors are identified.5 The mere existence of a genetic mutation does not add very much to the identification of a genetic cause for CP. The effects of a given genetic mutation can vary based on the nature of the mutation, the presence of environmental insults, and the context in which a mutation occurs. For example, a severely deleterious mutation may lead to a major effect, whereas a less damaging mutation that does not disrupt protein function as profoundly may lead to a smaller effect. Many mutations are known to have no effect on function at all. As a result, some mutations may be sufficient to cause a disorder by themselves. In other cases, a less damaging mutation which renders an individual more susceptible to a given disorder, coupled with an environmental insult such as ischemia, may be required to produce a neurodevelopmental disorder. Similarly, a single mutation may not lead to a diagnosis, but the cumulative effect of several less deleterious mutations acting together may lead to the disorder.6

Genetic variation can be protective or deleterious in a given situation. Many clinicians have cared for infants who have suffered apparently severe insults but have relatively good long-term outcomes. The converse is also true – many infants who do not show indications of having suffered severe insults have poorer outcomes that expected. These scenarios are also encountered in animal models of CP, suggesting the existence of genetic modifiers that may influence the extent of injury and eventual motor outcome.7

Applying this reasoning to the role of genetics in birth injury claims, if, for example, a defendant could show that the plaintiff had DNA variants that could render him or her more susceptible to thrombosis, hemorrhage, or ischemia (and therefore more susceptible to brain injury resulting in a neurodevelopmental disorder), this would not absolve the defendant of liability. An underlying genetic susceptibility would essentially render the plaintiff a “thin skull.” If the defendant’s negligence was still a necessary contributing factor to the plaintiff’s injury, without which injury would not have occurred, the defendant would still be liable for the entirety of the plaintiff’s injuries, even if they were unexpectedly severe owing to genetic susceptibility. As an example, genetic susceptibility could play a role in the case of a baby who experiences and unexpectedly poor outcome following an apparently minor insult, however this should not absolve from liability a physician or nurse who was negligent in their care. A tortfeasor must take his or her victim as he or she finds them and is therefore liable even though the plaintiff’s losses are more dramatic than expected.

If, however, a defendant can prove that the plaintiff suffered from a severe single-gene mutation that would lead to their neurodevelopmental disorder on its own, that may essentially render the plaintiff a “crumbling skull” – the defendant would not be liable for the plaintiff’s condition if the plaintiff would have suffered the same outcome in any event.

In Allen v. University Hospitals Board, 2000 ABQB 509, the infant plaintiff alleged that her injuries were due to the negligence of the defendants which exposed her to neurological damage due to lack of oxygen during labour and delivery. The plaintiff alleged that she had suffered perinatal asphyxia, that there were no clinical findings to support an underlying genetic cause of the plaintiff’s condition, and that her autistic features were likely a secondary finding to her brain injury. The defendant’s position was that if there were intermittent interruptions in oxygenation, these were not sufficient to cause the plaintiff’s injury, and her condition could be accounted for by a genetic cause.

The court observed that the infant plaintiff displayed symptoms that were hard to categorize – it was unclear if they were symptoms of autism or were the result of some other neurological cause. The court found that while the infant plaintiff exhibited autistic features, the evidence supported the plaintiff’s theory that this was the result of neurological damage caused by birth asphyxia due to the defendants’ negligence. While in hospital following her birth, a host of tests were performed in an attempt to determine the cause of the plaintiff’s problems, but no identifiable cause could be found except for birth asphyxia.

The court noted that while there was evidence to suggest that the infant plaintiff was autistic and therefore that the cause of her problems was genetic, such evidence, while relevant, had its weaknesses: the gene or genes that might be responsible for autism had not been specifically identified, and some of the studies referred to, such as those involving twins, had very small population bases from which genetic conclusions had been drawn. The court found that the conclusions drawn from these studies were really working hypotheses. In the end result, the court concluded that even if the infant plaintiff suffered from autism, and even if autism is genetically based, the negligence of the defendants materially contributed to her neurological problems and current situation. More recently in Butler v. Royal Victoria Hospital, 2017 ONSC 2792, the infant plaintiff alleged that she suffered a hypoxic-ischemic brain injury that resulted in cerebral palsy when the artificial rupture of membranes performed by the defendant nurses resulted in compression of her umbilical cord for approximately 25 minutes. The defendants admitted a breach of the standard of care; the issue before the court was whether this breach caused the plaintiff’s injuries.

While the defendants conceded that the artificial rupturing of the membranes caused the plaintiff’s cerebral palsy, they argued that the fact that she suffered asphyxia in the neonatal period did not establish that this event was responsible for all of the plaintiff’s current issues. The defence argument was that the plaintiff’s cognitive and behavioural deficits would have emerged absent the defendant’s negligence because of genetically inherited ADHD. The court found that the overwhelming evidence was that the infant plaintiff suffered a severe hypoxic-ischemic event at the time of birth – the constellation of signs and symptoms, including Apgar score, blood gasses, and seizures in the immediate post- partum period were entirely consistent with having suffered this serious event. The court noted that the defence genetics expert, while offering the court the possibility of genetic factors playing a role in the plaintiff’s attention problems, confirmed that he did not, and could not, know if the plaintiff would have developed her current symptoms due to a genetic cause, as this was simply beyond the realm of current scientific knowledge.

Various genetic testing performed on the plaintiff had returned essentially normal results, indicating that there was no identifiable genetic component to the plaintiff’s profile. The defence argued that the plaintiff’s refusal to have further genetic testing of her and her family complicated the causation question. The court concluded that the entire genetic theory advanced by the defendant must fail because it required not only an unacceptable degree of speculation on the part of the trier of fact, but also because it would require the plaintiffs to prove a negative: that genetic information which might emanate from more sophisticated testing would rule out a genetic cause for the plaintiff’s condition.

Further, based on Canadian causation law, it appears that even if genetic testing had indicated a possible susceptibility in the plaintiff for ADHD, this alone would not be enough for the defendants to escape liability if the hypoxic-ischemic event caused by their negligence was a necessary contributing factor to the development of the disorder.

While there is currently evidence indicating that genetic mutations may play a role in some cases of CP, autism spectrum disorder, ADHD, and intellectual disability, it must be understood that even if a genetic basis for a plaintiff’s injuries is discovered, this does not absolve a defendant of liability if the genetic component simply increased the plaintiff’s susceptibility to injury and the defendant’s actions were still a necessary contributing factor to the development of the disorder.

Our insight into the role of genetics in cerebral palsy and other neurodevelopmental disorders is in its early stages. We can only expect genetics to play a more significant role in our understanding of the underlying causes of these disorders – and therefore in birth injury litigation – as medical science advances.

This piece was originally published in the Verdict. You can read the read the PDF  on our Publications page.