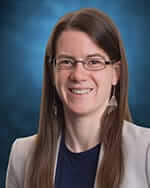 Lindsay McGivern represents plaintiffs in medical negligence and birth injury litigation. She is a lawyer at Pacific Medical Law, a unique firm that practices solely in the field of medical malpractice. Since joining Pacific Medical Law, the primary focus of Lindsay’s practice has been representing infants who were injured at birth or within the first month of life.

Lindsay articled at a civil litigation defense firm before moving to Pacific Medical Law. Working on both sides of civil litigation has allowed her to have a broader perspective and given her a better understanding of the different approaches taken by plaintiff’s and defense counsel.

Lindsay received her Bachelor of Science degree from the University of British Columbia and her Juris Doctor degree from the Schulich School of Law at Dalhousie University. In law school at Dalhousie, Lindsay won the Wanda Szubielski Prize in Law and the Robert T Donald Insurance Prize. In addition to her studies she volunteered for the Roméo Dallaire Child Soldiers Initiative and the Phoenix Youth Shelters. She also took an independent course in International Humanitarian Law at the University of Ottawa. She regularly attends legal education courses, study groups and medical-legal conferences to advance her knowledge regarding medical advancements, standards of care and legal strategies in order to best represent her clients. This has included attendance at the annual Western Canadian Medical Malpractice Conference and the annual Conference on Obstetrics, Gynecology, Perinatal Medicine, Neonatology, and the Law.

Lindsay was born and raised in British Columbia. Outside of her professional life, she is a sports enthusiast. Lindsay has coached field hockey and played a vast array of sports. Currently, she is a rower, hiker and field hockey player.