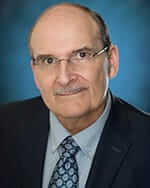 Bob Kucheran is a lawyer at Pacific Medical Law. Prior to obtaining his law degree from the University of British Columbia, he worked in executive positions in the not-for-profit sector, most notably as the CEO of the British Columbia Pharmacy Association.

Bob has many years of experience as an advocate for the public interest. He has served as a member of the Health Professions Review Board, the Council for the College of Veterinarians of British Columbia and the Board of the Coast Mental Health Society and the Coast Mental Health Foundation. In addition, Bob has served with the Government of British Columbia Health Human Resources Advisory Committee, the British Columbia Chamber of Commerce, Health and Education Committee, the Canadian and American Society of Association Executives, the Provincial Mental Health Advisory Council, the Canadian Pharmacy Coalition on National Pharmacare, as well as the Burnaby Hospital, Ethical Resources Committee.

Bob’s principal duties with Pacific Medical Law include dealing with most preliminary intake contacts, providing legal advice on the validity and practicality of possible litigation and offering additional assistance about alternate support resources.