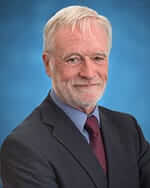 Well known in the medical legal community, Paul McGivern, K.C. is a senior litigator who acts exclusively in plaintiff’s medical negligence and infant injury litigation cases. For the past 35 years, his practice has been focused on complex catastrophic cases, especially infant birth trauma cases. Paul is one of the founding members of the Birth Injury Lawyers Alliance of Canada.  He has been a member of the Western Canadian Medical Malpractice Association since its inception.

Paul brings to his practice a unique background of 17 years as a medical malpractice defence counsel which provides him with unique insights into defence strategies and approaches.  He has been involved in hundreds of medical malpractice claims involving a myriad of complex medical and legal issues. He has litigated numerous high-profile precedent setting cases. In his career he has appeared as a lead counsel before every court level in British Columbia and also in the Supreme Court of Canada.

With a reputation for understanding the technically intricate medical and legal issues of complex malpractice actions, Paul is consistently recommended in the Canadian Legal Lexpert Directory as a leader in the area of medical malpractice litigation. He was also selected for inclusion in the 2007 inaugural edition of The Best Lawyers in Canada publication, and he has been included in each annual issue since then. In 2016 and 2019 Paul was named Vancouver’s “Lawyer of the Year for Medical Negligence”.   In 2020 he was named Vancouver’s “Lawyer of the Year for Personal Injury”.

In addition to his work as an advocate for clients of Pacific Medical Law, Paul is frequently invited as a speaker at numerous continuing medical/legal education programs and has been involved in the organizing and chairing of continuing medical and legal education programs focusing on medical legal issues. Paul also served as an adjunct professor of law at the University of British Columbia, where he taught civil procedure for 18 years.

Paul is married and has 3 daughters. In his “off hours”, he coached his daughters’ teams in both soccer and basketball, from grade 8 through high school.