Paul McGivern and Susanne Raab, partners of Pacific Medical Law, have once again been recognized as leaders in medical negligence law, through selection by their peers for inclusion in The Best Lawyers in Canada 2016.

This is the second consecutive year that Susanne’ expertise has been recognized. This is the tenth consecutive year that Paul has received this honor. Paul was included in the inaugural Canadian issue in 2007, and has been named every year since. Established in the United States over 30 years ago, Best Lawyers® is regarded by both the profession and the public as the definitive guide to legal excellence. It is the oldest and most highly-respected peer review guide to the legal profession worldwide. 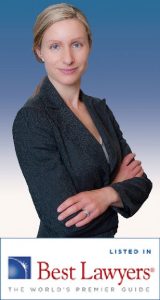