From: Cerebral Palsy Association of BC Newsletter, May 25, 2016

Ms. Raab and Mr. McGivern made a commitment to do their part to improve the lives of all people living with cerebral palsy in British Columbia. They reached out to the Cerebral Palsy Association of BC and asked them how they could help, and have responded to the various needs identified.

Susanne Raab is a lawyer at Pacific Medical Law who also serves as the Vice-President of the Board of the Cerebral Palsy Association of British Columbia, as well as Chair of the Advisory and Fundraising Committees. She explains that while most of her law practice involves helping children who live with cerebral palsy, she wanted to do even more to help children living with CP outside her practice. Her work gives her some understanding of the many difficulties facing families who have a child with cerebral palsy, as it impacts every member of the family. Parents spend a disproportionate amount of time and energy having to advocate at every corner for the most basic services. This not only takes time away from other family members, it often makes it difficult (at best) for the families to remain together. “The public system simply doesn’t provide enough support and funding, and important things which are integral in the life of a child like recreation, activities and camps are considered extras by the public system and accordingly not funded adequately, or at all, but they are important to a child’s life,” she states. 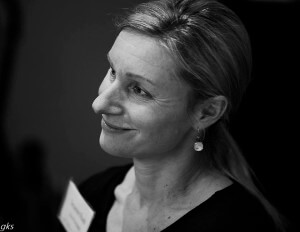 Paul McGivern , Ms. Raab’s partner at Pacific Medical Law and also a member of the Advisory Committee of the Cerebral Palsy Association of BC, echoes these sentiments. “Many parents tell us how hard it is to get what they need for their child and it is an ongoing battle. What we have tried to focus on doing in the course of our practice obviously is to maximize the resources available to the families, and outside the scope of our practice we try to contribute what we can to make life easier.”

Ms. Raab and Mr. McGivern made a commitment to do their part to improve the lives of all people living with cerebral palsy in British Columbia. They reached out to the Cerebral Palsy Association of BC and asked them how they could help, and have responded to the various needs identified.

Over the years, Pacific Medical Law has supported the Cerebral Palsy Association of BC by contributing their time, ideas and resources to the organization. For example, Pacific Medical Law has committed to providing $10,000 annually for the post-secondary school bursary program provided by the Cerebral Palsy Association to young adults living with cerebral palsy, to help subsidize the costs associated with educational programs. In addition to their involvement on the Board and with the Advisory Committee, Pacific Medical Law also provides support for the Cerebral Palsy Association’s grant applications, supervises various programs which require legal oversight, and enthusiastically participates in their fundraising activities, including September, for which they were awarded the top fundraising organization in Canada in the past.

Pacific Medical Law also created a bursary program called the Janna Epp Bursary for Children Living with Cerebral Palsy in British Columbia in honour of a little girl named Janna who unfortunately passed away at a very young age. The bursary provides $5,000 annually to a family with a child living with cerebral palsy to assist with that child’s care, therapy, equipment and/or recreational needs. Every year Janna’s mother selects the recipient of the bursary. In past years, the bursary has been awarded to a little girl named Leila to help her family try Feldenkrais therapy and the Squiggles postural support system to keep Leila safe and comfortable when she is exploring her surroundings, and to a little boy named Owen who wanted to have an adapted bicycle so he could go riding with his brother. These are two examples of how a little help can go a long way in helping to create a Life Without Limits for children living with cerebral palsy.

Ms. Raab feels that the Association is an essential component in helping improve the lives of people living with cerebral palsy and other disabilities through providing programs such as dance, yoga and art and focusing on social awareness too. “What the Association does with the limited funds that they have is remarkable, the people who work there are unbelievable,” she said. “What they are able to achieve and the amount of programs that they are currently running that have been developed and implemented in the last few years is so positive and the families who participate in those programs have nothing but really positive things to say about them.” The Association offers a wide range of programs to people living with cerebral palsy, from Pre-Employment training to a campership subsidy with the goal of helping integrate people with disabilities into society and to enjoy a Life Without Limits, and also hosts awareness and fundraising events throughout the year. 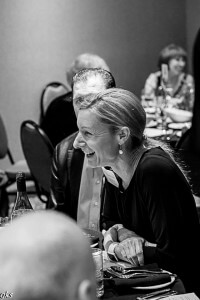 What Needs To Be Done

Cerebral palsy affects each person differently. It ranges from the very mild to the very severe and as a result, publicly and privately available resources are allocated appropriately, depending on the level of disability. Mr. McGivern believes a major issue to be addressed is the focus on societal awareness and, in particular, recognition of barriers so people who face them can have them removed. An example would be adjusting the curbs on the sidewalks to make them wheelchair accessible. That took a long time coming and way longer than it should have taken – in Vancouver, curb ramps have been gradually installed since the 1960’s, and are still not complete. Another example provided by Mr. McGivern involved a case that the law firm handled a number of years ago. They acted for a family who originated from Romania. The evidence showed that anyone from Romania who had a disability had to be hidden from the public and couldn’t be seen at all, and it really stood out in his mind that this type of behaviour is still happening. “Our society has moved way beyond that but there is still a long way to go in terms of the recognition in society as a whole that these barriers exist and what is required to break them down”, says Mr. McGivern.

“There are physical barriers that need to be looked at and there are educational barriers. There are emotional barriers. This requires awareness, acceptance and the recognition of the fact that people with cerebral palsy are just like everybody else – we are all citizens of this country and we all deserve the same opportunities.”

In short, there has been a lot done in terms of advancement, but society needs to advance more. The problem is, at least in part, a lack of understanding. Ms. Raab used a personal example of getting a motivational speaker living with cerebral palsy from Nanaimo, BC to come speak to her children and other students at their school since there were no students there with a visible disability. She stated that integration within the school system is critical in developing an understanding of the various needs and abilities of people living with cerebral palsy and other disabilities. She feels that school integration has come a long way in helping with that.

“I think that society has become quite accepting of various individuals with special needs but where we have a long way to go is to make our communities accessible, reduce barriers and provide greater opportunities for people living with cerebral palsy to participate in our communities in a meaningful way” says Ms. Raab. 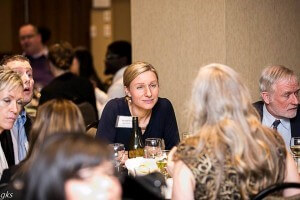 Cerebral palsy affects over 10,000 people in BC and is considered the most common childhood physical disability. It is estimated that one in every 500 babies and up to one in three low birth weight babies are affected to some extent. Cerebral palsy affects body movement and muscle coordination. It may impact mobility, speech, or motor skills, but each person is affected differently. Through their insight and support, Pacific Medical Law is helping to make a Life Without Limits for people living with cerebral palsy in British Columbia. The Cerebral Palsy Association of BC is grateful for their philanthropy, community service, kindness and understanding. We wish them the best for their continued success.